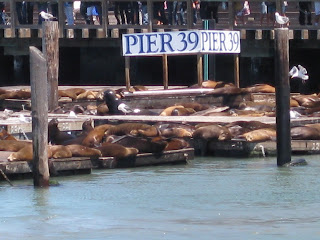 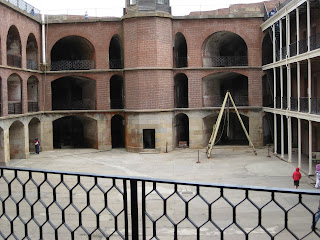 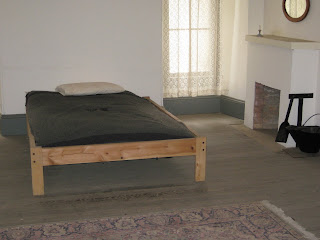 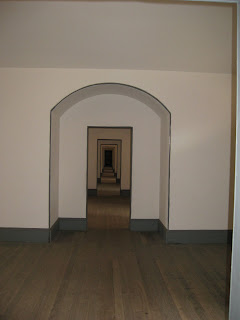 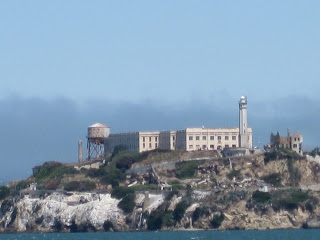 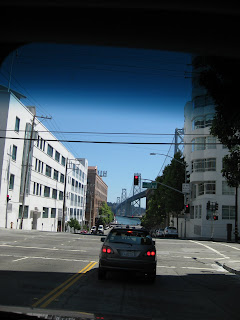 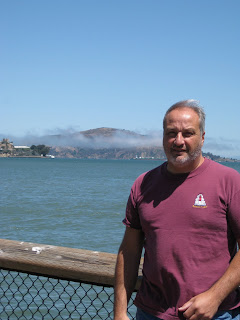 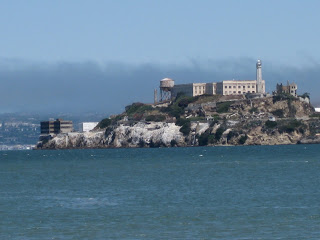 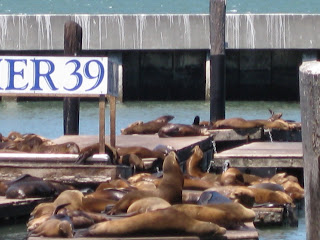 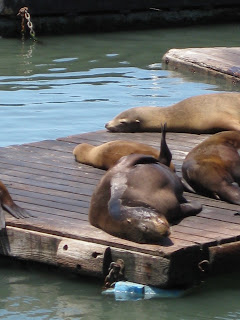 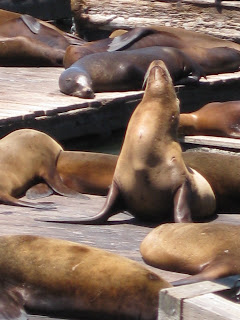 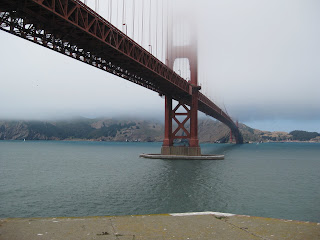 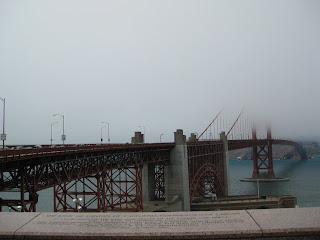 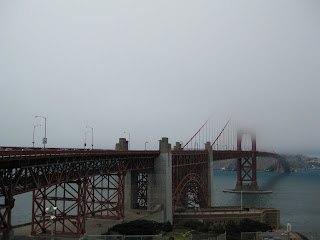 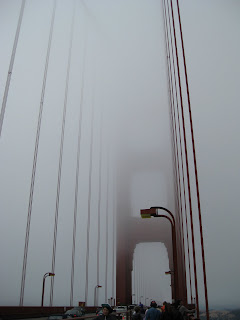 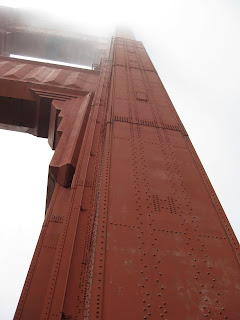 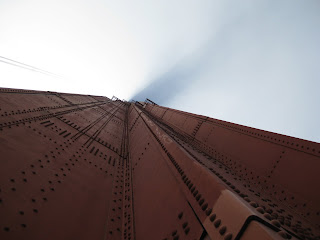 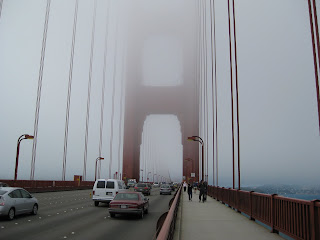 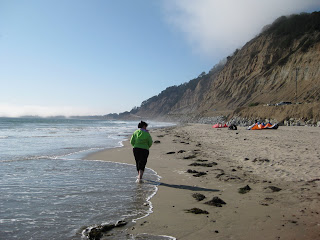 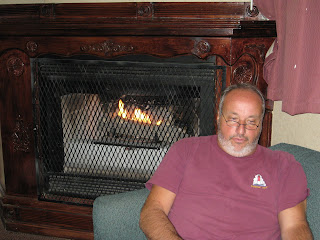 We left Castro Valley and made the relatively short trip to San Francisco. We parked and wlaked along The Embarcadero for a bit. We then had a wonderful lunch at Boudin Bistro while looking over the wharf. Afterward we continued to walk along The Embarcadero. There are wonderful views there as well as shops and various street entertainers. We loved seeing the sea lions we had read about. They have really taken over an entire area of pier. They were quite vocal and added their own special odor to the pier. After a little shopping we headed for Fort Point which was a Civil War fort. I was suprised that there was a fort in California for the Civil War. The weather was cool at the Embaradero but it was cold at the fort. Since Tony was in a T-shirt we ended up shortening the visit. I asked an employeed if it was always so cold at this time of year and was told that it will get even colder next month. We stopped at a fishing pier for some more photo oppotunites and then headed to higher ground so we could walk The Golden Gate Bridge. That was a wonderful experience. The bicycle riders put the pedestrian's lives in peril as often as they could up on the bridge but I am happy to say we survived. I was hoping there would be less fog so we could take some more inclusive photos.
From San Francisco we drove down Highway 1 so we could see the coast. We had trouble finding opportunities to take more photos along the way because we hit so many patches of fog along the way. We finally found a spot where we could walk along the shore. The temperature was cool but it was not as bad as the Fort. We stopped in Monterrey for the night and had another great meal a Lalla. The plan for tomorrow is to discover Big Sur. We are hoping to meet up with Anthony in Santa Barbara on Sunday.
Posted by Roadtrip USA at 10:20 PM