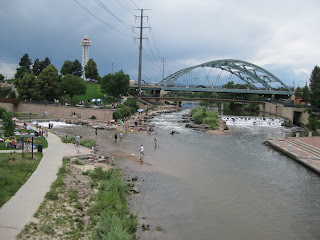 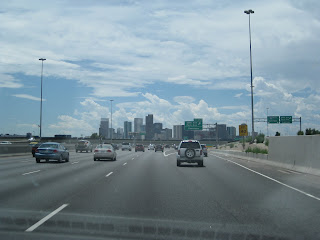 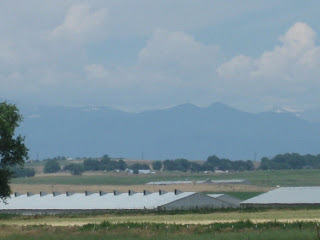 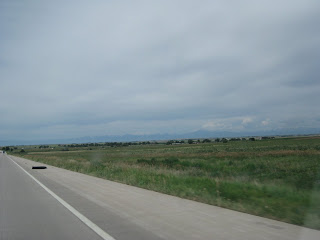 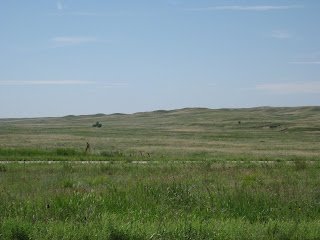 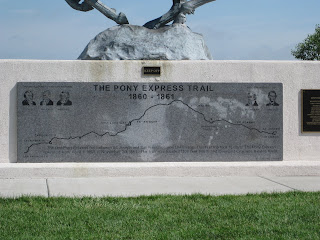 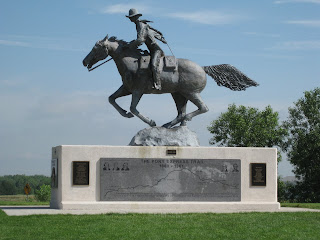 We set out at 8:50 after having breakfast at the hotel. We decided to head down to Denver rather than Wyoming.
We stopped at the Colorado visitor center on rt 76 after we crossed the state border. That was the absolute best visitor center I have ever stopped at. The literature was well organized and the seniors who were running the place were friendly and helpful. (To my second grade teacher friends: outside the center I took some photos of the Pony Express monument that you may want to use with the McGraw-Hill story.)
We walked around Denver for a bit. We had read good things about the 16th St. mall but were not impressed. It was a bit hot after all the walking so we stopped in at a pub tried out Blue Moon for the first, and last, time. We decided to get back on the road and check out Vail and Aspen. We enjoyed the ride as we went higher into the mountains. Soon it became apparent that the Rocky Mountains are appropriately named. It also became apparent that they are more beautiful from a distance.
Vail was quaint and we enjoyed walking around the village. The Sunday farmer's market was present there as well. We stopped for some pizza at Pezzo's--nice crisp, thin crust.
We then headed to Aspen. In hindsight, we wish we had not taken this detour. It caused us to go out of our way and we were not at all impressed. We probably spent all of ten minutes driving through Aspen before moving on in the direction of Wyoming. We had difficulty finding a place to spend the night since we ended up on Rt 13 after checking out Aspen. We finally found a place in Craig at 10:30. It's been a long day on the road so I will post the pictures tomorrow morning. Tomorrow we we head up to Wyoming and will then continue west.
Posted by Roadtrip USA at 10:21 PM