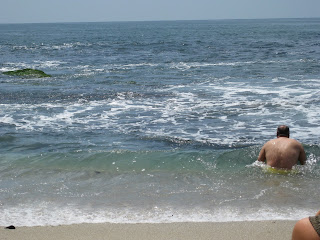 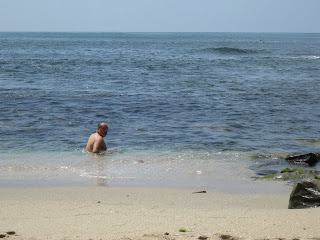 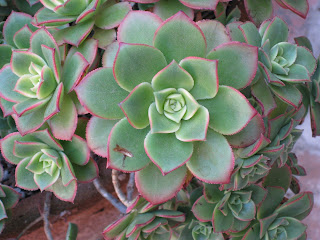 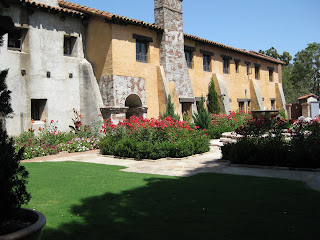 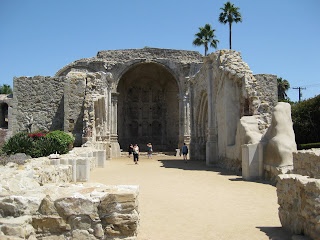 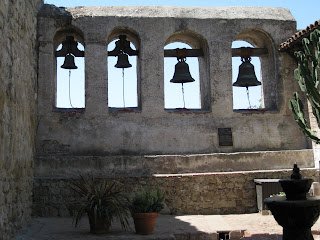 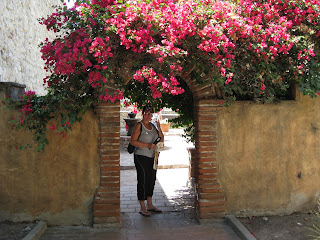 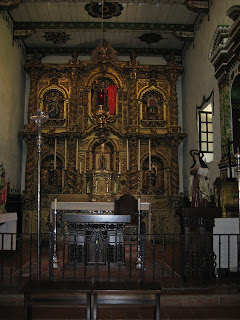 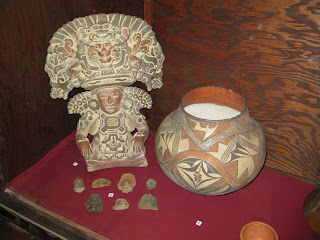 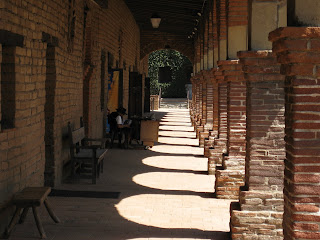 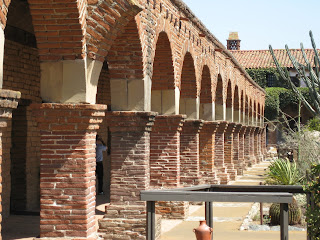 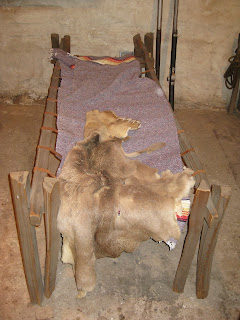 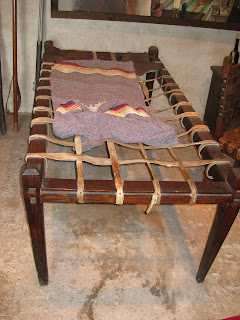 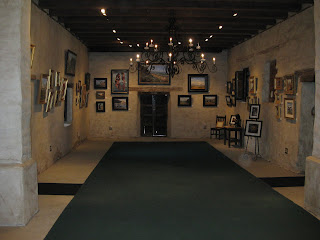 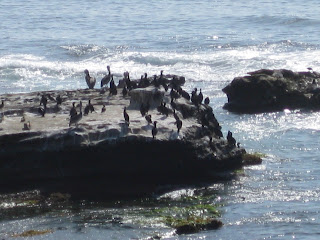 We visited San Juan Capistrano mission before we left town. It is an amazing place with beautiful gardens. We got to tour at our own pace as they give out audio tours to everyone. The church was ruined in an earthquake in 1812. Two boys who were ringing the bell were among those killed. It happened during a mass being held in the old church and forty people were killed. It was never rebuilt but the ruins remain. We then headed further south to La Jolla. We spent time on the beach. It was very rocky and not as enjoyable as the Jersey beaches we are used to. After the beach we showered and headed into San Diego to have dinner in Little Italy. We had a great meal at Trattoria Fantastico. Tomorrow we plan on going to the San Diego Zoo.
Posted by Roadtrip USA at 9:10 PM