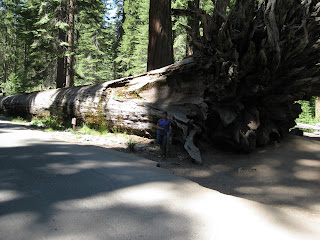 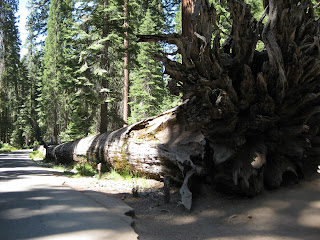 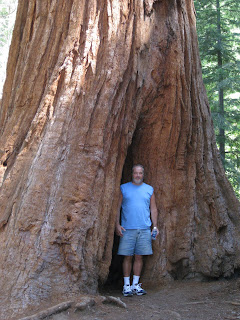 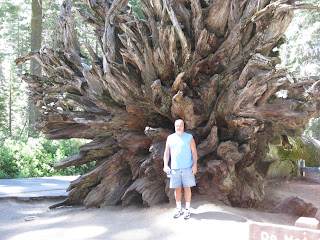 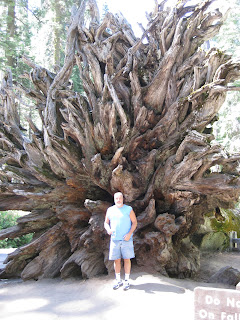 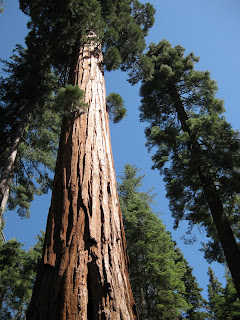 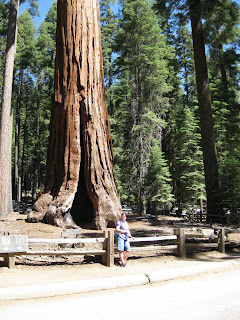 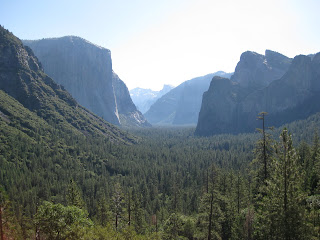 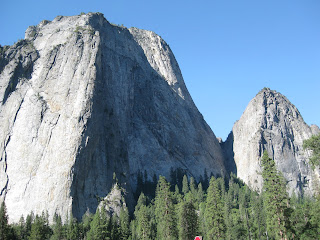 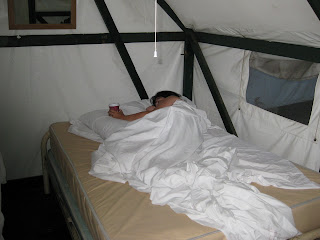 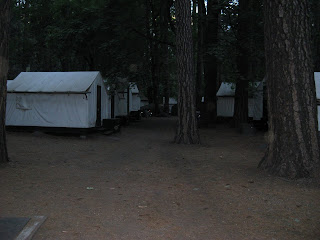 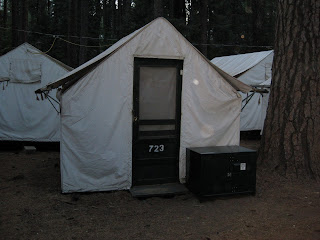 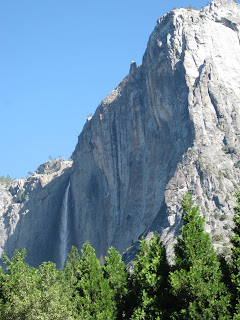 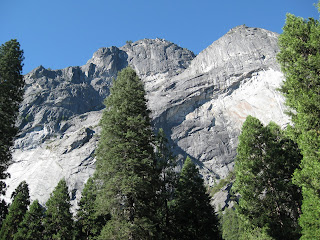 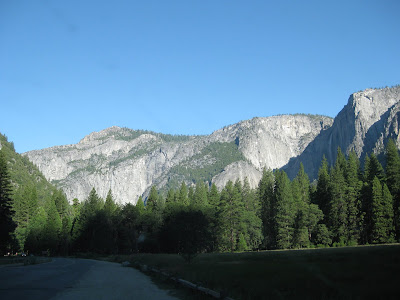 Well, we survived the night in Yosemite--in our super deluxe cabin tent accomodations! The cabin tent was probably 10 feet by 12 feet, with a twin"bed" and a double "bed" as well as one chair and one bare light bulb. It was a bit warm when we settled down for the night. These tent cabins are close together and we had the entertainment of a German argument on one side and the children who had no intention of going to settling in during the Curry Village "quiet time" of 10 pm to 6 am. The temperature began to drop and Tony and I huddled under two sheets; I refused to use the dubious blanket that was provided. The photos include the outside of the cabin and the inside. Notice my death grip on the coffee as I hunker down under the sheets in search of any warmth.
At six a fellow camper began screaming "BEAR! BEAR!" and was banging something together. Of course, Tony decided it was time for a bathroom run since he wanted to see a bear. He did not get to see the bear. Due to our difficulties in finding a place to stay, we were VERY low on gas. We got to pay a very reasonable price for five gallons of gas from the garage by the camp. We won't be able to eat for the next few days, but we did get gas. Fair trade?
After breakfast we headed out to Mariposa Grove to see the Sequoia trees. Amazing!