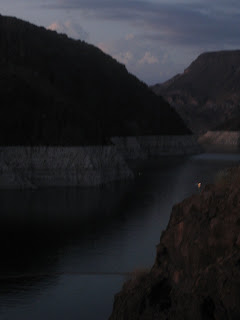 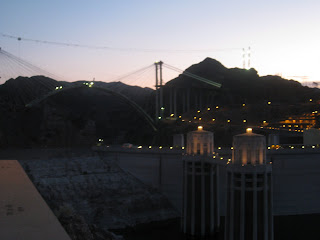 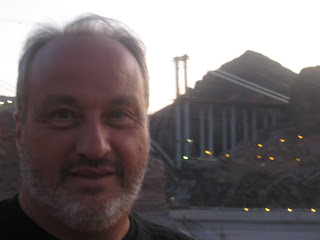 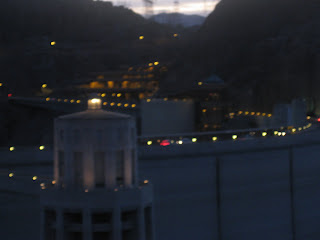 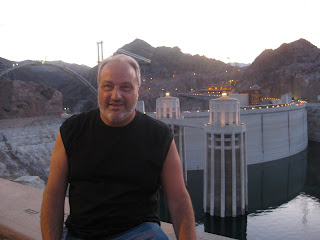 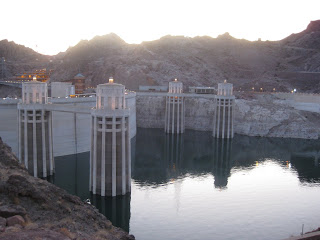 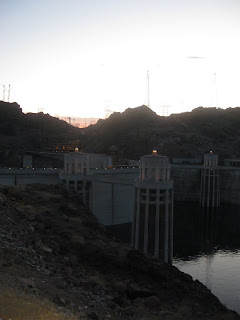 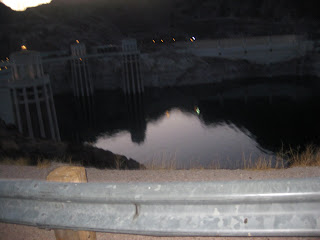 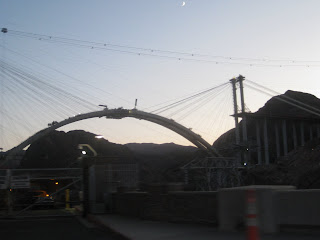 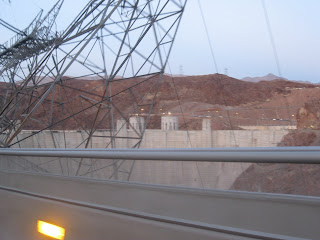 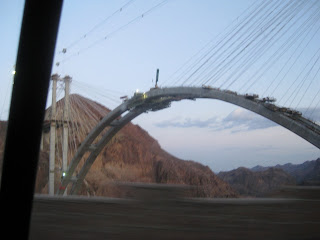 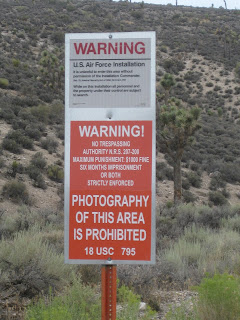 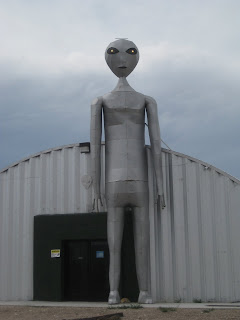 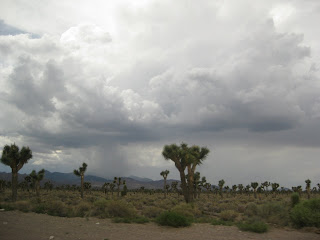 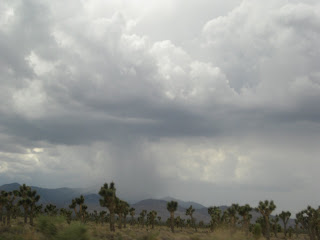 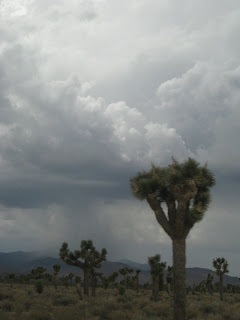 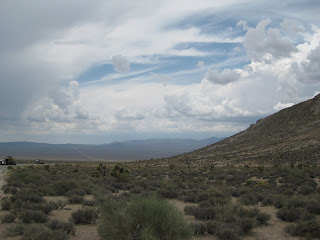 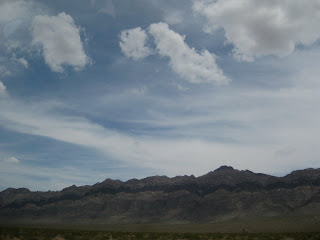 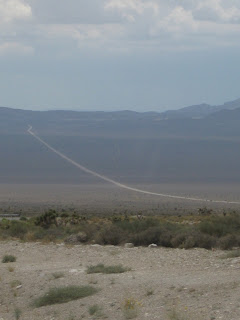 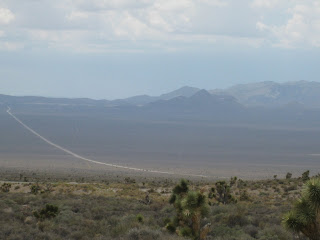 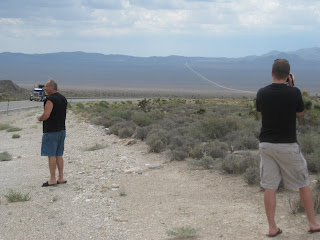 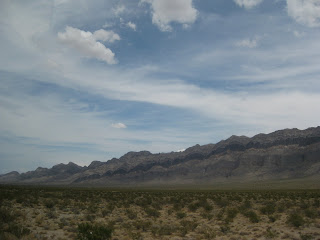 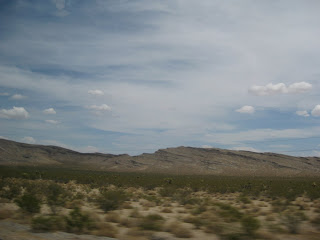 We actually checked out earlier than planned. Tony wanted to see area 51 so we headed out to try and do just that. We reached a restricted area but Tony was not able to find the specific place he was looking for, based on some research that he did. You can see the road we had to take in the photo--doesn't even look much like a road. (Actually it wasn't much of a road.) After bumping along some dusty roads we decided to head to Arizona. On the way back toward Las Vegas, we took a photo of the alien outside the alien museum--which was closed at the time. Our side trip altered the direction we took and we ended up going over Hoover Dam, which we had not planned on doing. They are building a bridge so that traffic does not have to access the dam. You can see the bridge in the background of the photos. It was really quite hot while we were taking pictures--around 7:15. We continued traveling south and spent the night in Arizona.
Posted by Roadtrip USA at 4:26 PM